…and this may seem like more of the same, I know. At least I have a small amount of work to show for it?

Despite having yet more hospital trips this year, my doctors claim they have sorted out my problems and so far (knock wood), I’ve been feeling a bit better. Hopefully this will improve and I’ll finally have a healthy year next year.

Two projects I completed a while ago, but only now have gotten to post about (and will mail out shortly): another Metroid plushie and a Lavos plushie! 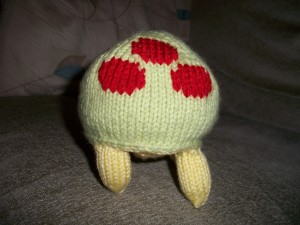 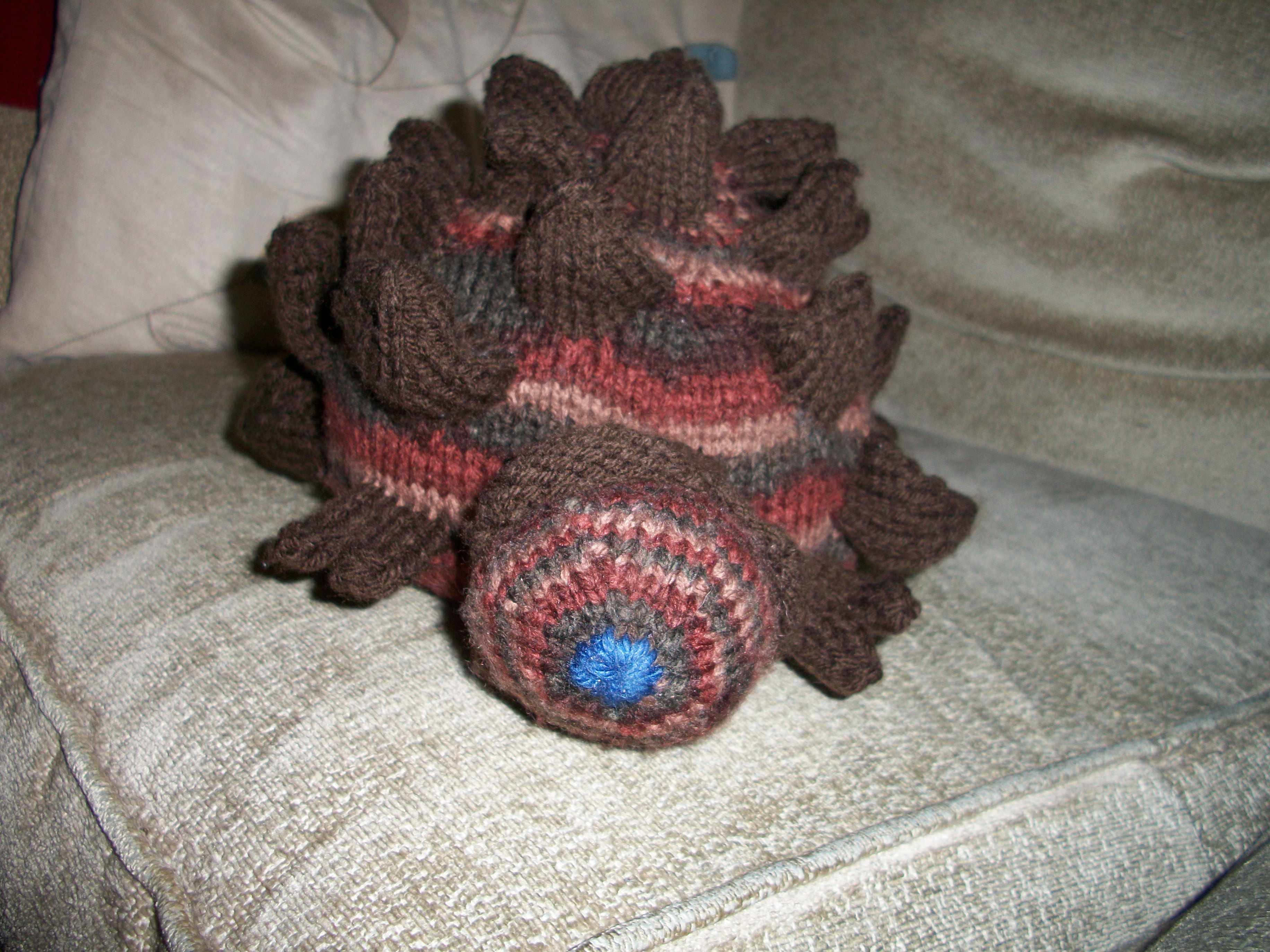 Lavos, the Destroyer of Worlds from Chrono Trigger!

Hopefully I’ll have more and better things to write about soon. I’d truly prefer to have happy posts filling up these pages again.

Hello there. Sorry for my continued absence; I have had many tests for my health problems and also had a family tragedy come my way: my cousin was missing for two months, only to be discovered dead… things have been hard, to say the least. This cousin was one of my first and most ardent supporters, and losing her enthusiasm and love has taken quite the toll. I will miss her forever. I don’t mean to dwell endlessly on my personal problems, though.

I have been getting back into knitting now and hope to move through my queue. I don’t mean for my words to keep proving empty; I have not taken on new commissions in quite a long time because of these problems, and I still will not take new commissions until I manage to empty my queue.

Thank you all for understanding. It is wonderful to have support even as I’ve been lacking in completing my work.

And in unsurprising news…

I went to the hospital yet again last month. Things don’t seem to be improving and I’m still waiting on useful tests to be scheduled.

The slow pace of my knitting is making me unhappy. I want to finish these projects and send them out. It’s just, well, hard to knit when you feel ill constantly.

All I can do is apologize and continue working. Eventually I’ll get through this, I’m sure. There’s another SDA marathon looming as well and it’s silly that I haven’t finished commissions I received not long after the first Awesome Games Done Quick. One day I’d like to be able to stand on my own two feet and take new commissions that I don’t overwhelm myself with.

After that last update… I ended up spending yet another week in hospital, and the doctors still don’t know what’s wrong with me (although apparently it’s “nothing serious”, whatever that’s supposed to mean).

I’m trying to get back to my queue again.

My husband and I were able to move back into our flat, thankfully, but now there’s a lot of cleaning to do. We couldn’t live here for two and a half months.

I’m mostly just hoping things will finally look up for the two of us. I’m definitely going to finish all the commissions that were already requested; however, I feel pretty doubtful about taking more any time in the future. We’ll see when that time comes, though.

Life really isn’t being kind to me.

I am working on my queue, have been for a while now, but certain things keep going wrong. For a start, the ventilation in our flat was deemed “unsafe” so Paul and I have had to temporarily move in with his parents while our landlord takes his time fixing our gas (so we can once again have heat and hot water). I get along really well with my in-laws, so things aren’t as problematic as they could be on that front, thankfully.

On top of that, I’ve had to go to the hospital twice in two weeks. We thought the first time that I had some isolated stomach bug; however, the second visit has revealed that I am suffering with either gastritis or gallstones, and until I get tests done (an ultrasound and an OGD), we won’t know which it is. I am waiting for appointment letters to come in the mail so I know when those tests will be. In the meantime, I’m on a strict low fat diet and taking medicine the doctor prescribed.

At any rate I’m glad that I’m starting to feel back up to speed and I can’t wait to get back to work. It feels really wrong not to knit for over a week. I am also planning out some prizes for SDA’s next marathon, Summer Games Done Quick 2012, but those are taking a backseat to my commission queue.