Revitalised and ready for action! 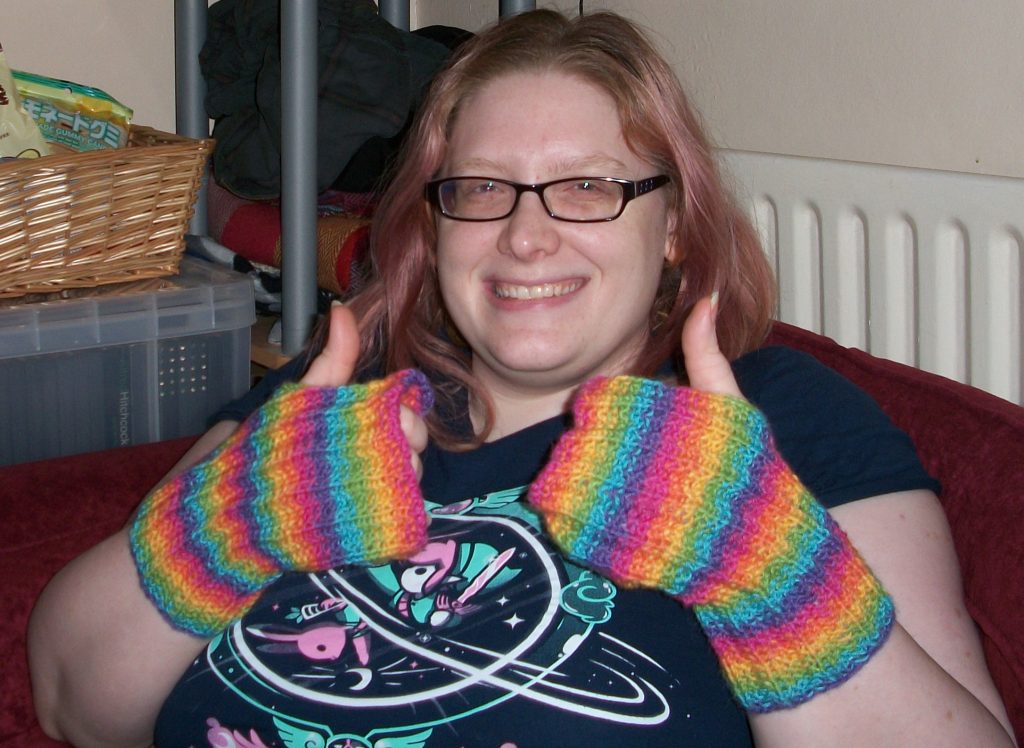 Wearing my Knit the Rainbow Mitts. Pattern published May 2017.

As you can see, the site’s had a major makeover. That video up top features my own hands working on something for my brother-in-law. There have also been some updates to the pages listed in the menu, and a whole new page: Patterns, where I’ve collected all of my own knitting patterns to date.  This includes two that were previously only available on my even older WordPress site, Emmy Knits. Those in particular have been given a bit of a refresh and spiffed up with the full PDF download treatment.

My health has reached a relatively stable state – the mystery illness I was plagued by for so long was actually irritable bowel syndrome, and now that I know that, I have ways of keeping it in check. I’m happy to say I haven’t had to check into the hospital since April 2014. This stability has also afforded me a chance to work a “normal” job again while still leaving me some knitting time. I’m currently an audio transcriber and audio transcription proofreader, which I do fully from home. It’s boosted my self-confidence tremendously.

I’m looking forward to posting project updates, pattern works-in-progress, and newly finished patterns, as well as some more slice-of-life bits and pieces. If you’re into the slice-of-life stuff, might I recommend checking out my dear friend Silver’s podcast, Silver’s Dreamland? She has great knit-a-longs, several projects on the needles, and she’s just fun to listen to in general. Also, I’ll be a guest on an episode in a few weeks if you’re curious to hear what I sound like, and if you’re interested in what’s happening with Silver’s Knitted Treats. We may also have a video game-related pattern to debut. 😉

Since the last time I updated, I’ve published three new fingerless gloves knitting patterns – two free, and one more for sale. My Basket Cable Mitts and Dragon’s Armor Gauntlets are both free, while my Clove in Cream Mitts are only $2 plus tax. Give them a try if you like to knit – and you can see all of my available patterns here on Ravelry. 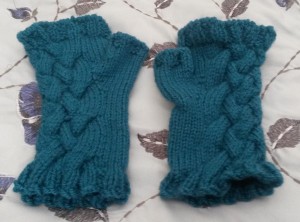 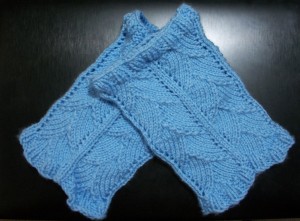 I have also decided to start taking commissions again, but through my dear friend Silver’s site, Silver’s Knitted Treats. Go check out our store there and feel free to custom order anything you’d like that isn’t already for sale.

I’ve already made some very cute things on commission… 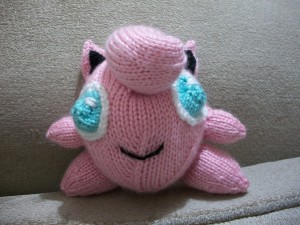 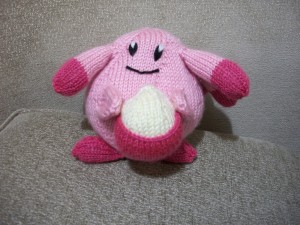 My first pattern available for purchase! 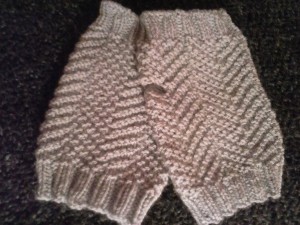 Up and down, the strong apex and nadir points of these mitts make for a lovely texture that will keep your hands warm.

There’s no gusset shaping for the thumb; these are simple fingerless gloves for the adventurous beginner, or an advanced knitter who wants some easy “TV knitting” 🙂

These fun fingerless gloves are quick to work up, taking less than one skein of Stylecraft Special Aran yarn. You can use any worsted or aran weight yarn you prefer, but I love Stylecraft’s range of colors.

I hope if you like knitting, that you’ll give them a try. The pattern only costs $2, and is available from Ravelry. Thanks for supporting my work! 🙂

You may remember that I used to knit things, and blog about that. Then again, you may not, considering how rarely I did just that.

I seem to be finally settling down here in the England. My Indefinite Leave to Remain was recently approved by the Home Office, meaning that I am now officially a permanent resident of the United Kingdom! With that worry off my shoulders, and my health at least stable, I have decided to slowly venture back into the knitting world. I am still not taking commissions, but when my good friend Jessica asked me if I would write for the blog on her own website (where you can order things!), I eagerly agreed. So if for one reason or another you missed my writing, you can check it out over at Silver’s Knitted Treats, specifically The Daily Binder section.

If and when I start to knit again, expect some cross-posts from there to here. 🙂