I have never played a Seiken Densetsu / Mana game, and I was completely unfamiliar with the creature known as Flammie. 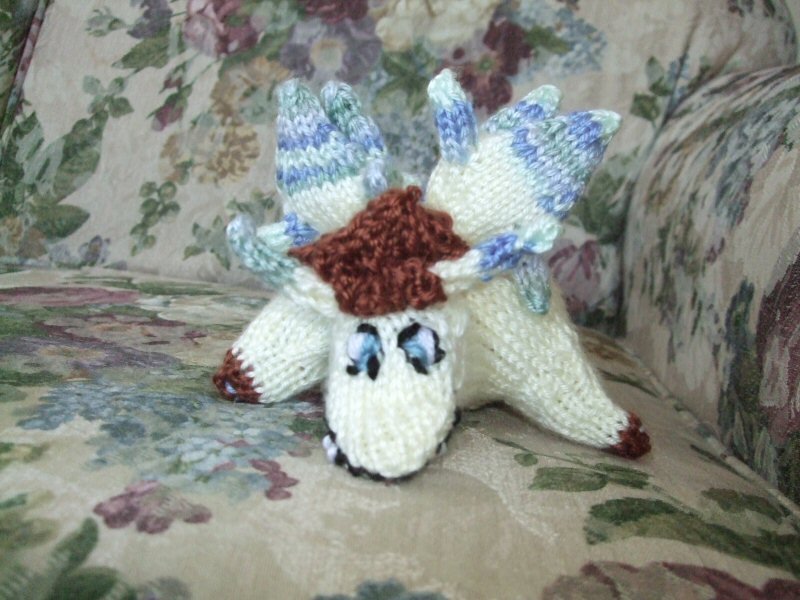 As I have since discovered, the party in the RPG Secret of Mana (also known as Seiken Densetsu II) flies on the back of this miniature dragon! I think he’s very cute, but then again, I’m biased. 😉 I won’t lie; he was quite a challenge to make. I’ve never made anything quite like a dragon before, and I had a few headaches working out how to do the wings, and all the little details he has. I just really hope the person who commissioned him is happy with him! (Ravelry project page here.)

Now, onto a Luma from Super Mario Galaxy. It’s almost already done, so hopefully I’ll have another post up soon!